To whom it may concern,

I am writing to express concern about one of your staff members, Dr. Caroline Johnson, a part-time paediatric consultant at Peterborough City Hospital and M.P. for Sleaford and North Hykeham. Her vote to deny vulnerable children free school meals during the half-term break at a time when their parents face severe economic hardship is seriously alarming.

I no longer live in the constituency but I grew up just outside of Sleaford and completed my secondary education in the town during the mid 2000’s. Later, I worked in a supermarket in a Working Class community. I am acutely aware that Sleaford, indeed the entire county of Lincolnshire has significant rates of poverty compounded by the rural nature of the area.

If the pandemic and debate about whether children should be fed had occurred during my schooldays, some of my rural classmates would have gone hungry and…

Industrial Workers of the World (IWW) 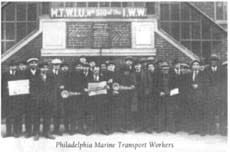 Ben was an amazing organiser who was well loved by his comrades. Fletcher helped found and lead Local 8 of the IWW Marines Transport Workers Industrial Union. The Local 8 organised the city’s longshoremen in Philadelphia and was the largest and most powerful IWW branch in the mid-Atlantic. This branch was without doubt the most powerful interracial union of its era: members took a stand against all forms of xenophobia and exclusion. 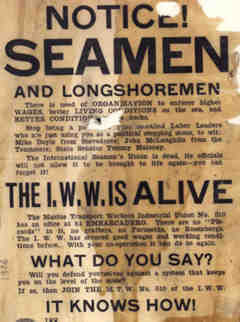 Ben played a pivotal role in the decade long campaign in Philadelphia’s waterfront. The majority of his writing and speeches came in this period. He was an important figure within the union as he was a part of a racially diverse leadership. Ben was a wobbly through and through – he was unapologetic and a radical who envisioned a postcapitalist revolutionary society. However his vision did not stop him from engaging in the reform struggle. The wobblies’ antiracist component of their radical vision was central to the day to day union that Fletcher advanced.

“I have been identified with the Labor Movement—twenty years, and I am at a safe distance from forty yet. Nineteen of those years have been spent in the ranks of the IWW and this long ago I have come to know that, the Industrial Unionism as proposed and practiced  by the IWW is all sufficient for the teeming millions who must labor for others in order to stay on this planet, and more, it is the economic vehicle that will enable the Negro Workers to burst every bond of Racial Prejudice, Industrial and political inequalities  and social ostracism.” –Ben Fletcher

This article is part of a series of posts on Black History Month.

July 1986, the 50th anniversary of the Spanish Revolution, and throughout the world numerous pamphlets, special supplements in papers and magazines, and commemorative articles are being released. Tyneside was no exception.

Issue 7 of the Tyneside Syndicalist had a special 4 page supplement to mark the event, in which parts of we have previously highlighted as it contains a CNT militant interview, which can be viewed in full here…. https://tynesideanarchistarchive.wordpress.com/2018/09/02/cnt-anarchist-militant-interview/

Before we publish the next four issues of the Tyneside Syndicalist, we firstly bring you the supplement. As ever the PDF file is below picture….

Ammunition for the political autonomy of the working class

If you are based in the UK or US you can order the book here:

Those of you who live in EU countries can now order our book ‘Class Power on Zero-Hours’ for 10 Euro plus 4,49 Euro postage. Outside of the EU postage might be slightly more.

If you order 5 or 10 copies both the book and postage will be cheaper.

Just send us an email:

If you want to read the introduction of the book:

JS Richard describes the difference between activism and organizing, arguing that activism is politically ineffective and should be abandoned for an organizing approach.

This is further afield than our usual workplace organizing pieces, but is relevant to debates within the IWW about what kinds of activity the union should engage in.  –Ed.

Activism has become the main political approach for the radical left in North America. It has been used without much consideration of its strategic validity for at least 30 years, and the results it has brought about are thin. Several elements condemn activism to political sterility. An “organizing” approach to political activity would be far more effective.

Activism can be identified as political activity that sets up short-term actions and statements on variety of causes and social problems. It moves from one issue to the next, once a sufficient expression of dissent has been voiced. It is based on an abstract opposition in principle rather than an attempt to obtain concrete concessions from the people in power, be they bosses, state officials, landlords, etc.. Activism is usually scattered politically, reactive and unfocused. For example, Google sets up shop in a city, and pushes the local government to destroy cheaper housing to make room for luxury condos; activists answer this by parachuting themselves, as militants, into the neighborhood, postering and leafleting for a bit, organizing one or two demos… and then move on when a policeman shoots a teen in the back, dropping the “old” issue for the new one, and so on.

There are, of course, organisations that fight in relation to these issues in a sustained and meaningful way. The issues are not in question. The point is that activism is often, if not always, futile in addressing social problems.

Knowing the law is useful, because when landlords don’t follow it you can use it against them. But most of the time the law isn’t on our side, and we can’t rely on it to make sure we’re treated fairly. While it should be seen as the floor for basic human decency, it’s usually a ceiling.

If you’ve rented, you’ve probably talked with other tenants about how to deal with a dodgy landlord and survive a market stacked in their favour. Maybe you’ve even gone with a fellow tenant to speak to your landlord about a problem. These conversations and actions are the basis of solidarity.

With this in mind, we’ve created guides providing the basics in housing law, and a primer on why we advocate direct action solidarity over the courts. The state has shown that it will only begrudgingly support tenants, extending moratoriums on evictions for short periods…

‘EXPRESS’ is a rank-and-file union magazine, we wrote an article about our project in west London and our book ‘Class Power on Zero-Hours’

We have been made aware of a man being held in HMP Humber, experiencing severe mental health issues and being harrassed and bullied by prison officers. James (not his real name) has been diagnosed with frontal lobe epilepsy and depression. Since arriving at the prison he has been denied any medication for these health conditions. He has also regularly been denied essential hygiene items and opportunities to wash his clothes.

Instead of being offered support for his mental health needs, James has become a target for bullying and harassment by prison officers, who have been entertaining themselves by antagonising James and by attempting to create conflicts between him and other prisoners. This is having a severe impact on James’ mental health, worsening his depression and causing him to self-harm.

This is not the first time issues have been raised about the treatment of prisoners by staff at HMP Humber. In 2018, “official inspectors criticised HMP Humber, a Category C prison […], for 206 “use of force” incidents in the previous six months, “more than at . . . other category C training prisons””. Of prisoners surveyed by the HM Inspectorate of Prisons in 2018, 48% said they had experienced bullying by staff.

James’ sister has asked us to take action as a last resort. She has exhausted every possible avenue for getting James the help he needs, contacting prison staff, the prison governor, the Independent Monitoring Board, the prison healthcare team and James’ GP. No action has been taken by the prison and James’ sister is now extremely fearful for his mental health and physical wellbeing.

James wants to be transferred to a different prison, away from the officers who have been harassing him, so he can access the healthcare he needs and complete the rest of his sentence. Both James and his sister have asked numerous times for him to be transferred to HMP Buckley Hall, another category C prison within a reasonable distance from his family.

How you can help:

Please note: we are using a fake name for this action alert, to protect James and his family. However, the Prisoner Solidarity Network has contacted the prison and the Ministry of Justice about this issue, using James’ real name and prison number. This means that it will be clear to both the prison and the Ministry of Justice who your email is referring to, even if they won’t admit it!

It looks like the Corn Exchange are planning to do away with the kitchen in their renovations, which would make it an unsuitable venue for our bookfair.

We are therefore looking for another site  for next year’s event. We’ve held bookfairs in Christchurch, Boscombe and Dorchester so will consider anywhere in the county if:

A pretty tall order but let us know if anything comes to mind.

Members of the Garment workers union in Bangladesh owed wages & benefits started an indefinite siege of the factory owner’s house from the 30thof August.

A hunger march had been held.

The Garment workers are linked to the International Confederation of labour which links revolutionary unions like the CNT in Spain, USI in Italy, FORA in Argentina and IWW in North America.

Solidarity pickets have been held outside chain stores with contracts with the Dragon Sweater owners in Dhaka.

The stench of bad publicity has caused Primark, Next, Zara & New Yorker to drop the label. ASDA have denied any current link. LIDL refuse to answer.

A month long campaignkicked off in Derry, Dublin & other IWW groups in Ireland.

On the 23rdClydeside IWW members…