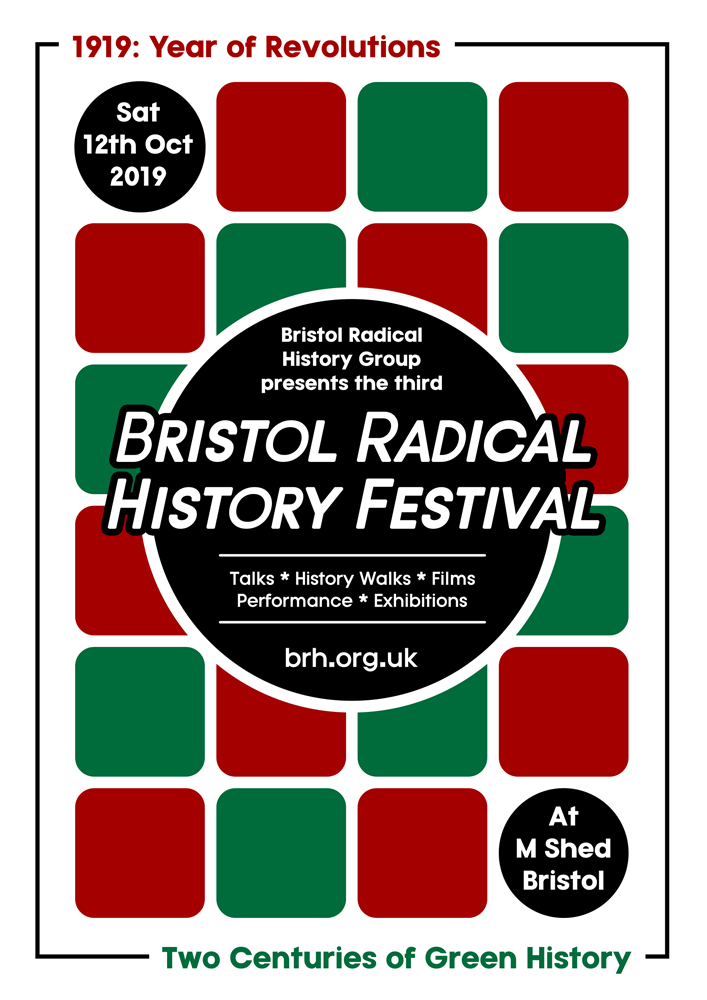 Bristol Radical History Group (BRHG) and the Remembering the Real World War I Group (RRWWI) have organised a full programme of events, in collaboration with our hosts at M Shed.

Again, we will reveal hidden histories, debate and agitate for a future of better pasts. The 2019 festival has two main themes:

The aftermath of the First World War was one of the most revolutionary moments in the Twentieth Century. Following the Russian Revolution of 1917, there were revolutions and uprisings across Europe, in Germany, Ireland and Hungary, and beyond, in Egypt and Mexico. At home, there were tumultuous times as thousands of rebellious demobilised troops returned from the front-line with high expectations and demands for better times ahead. What happened, what was at stake and what was the…