Two retail outlets and two stories of forcing staff to accept contracts that worsen their working conditions. There’s this: Asda staff who refused to sign new contracts will lose their jobs on 3 November and also this: Wilko contract changes ‘force staff to choose between childcare and livelihoods’. It’s a pretty safe bet that you wouldn’t have to look too far to find other retailers screwing over their workers with new contracts that promote more ‘flexible’ working practices.

Behind the thin veneer of bullshit surrounding the word ‘flexible’, it’s all too obvious that it’s the retailers holding the whip and the workers who have to comply or get out. It matters nothing to the retailers that their workers may have caring responsibilities or other jobs they have to fit into an already complex life. If the workers aren’t prepared to jump as and when ordered by the bosses, regardless of… 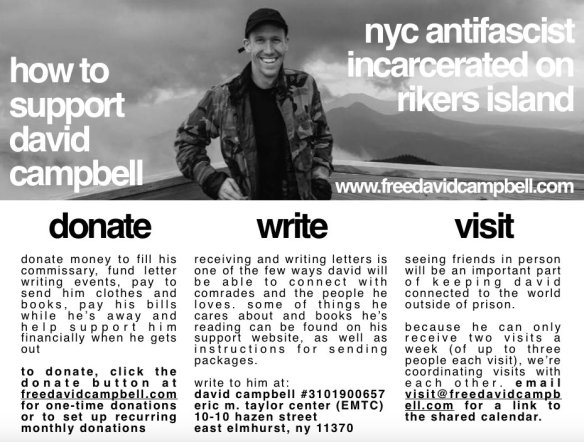 David Campbell, a New York-based antifascist, is starting an 18-month sentence after being convicted of “gang assault”, a charge that sounds similar to the notoriously terrible principle of “joint enterprise”, allowing people to be convicted for someone else’s actions. To make things a little easier while he’s inside, you can donate money here, send him a message using this form which his friends will print out and pass on to him, or pick something off his very extensive reading list (or even choose a book you think he’d like that’s not on there) and order a copy to be sent to:

“If you’d like to write to David, but aren’t sure what to write about, here are some suggestions: 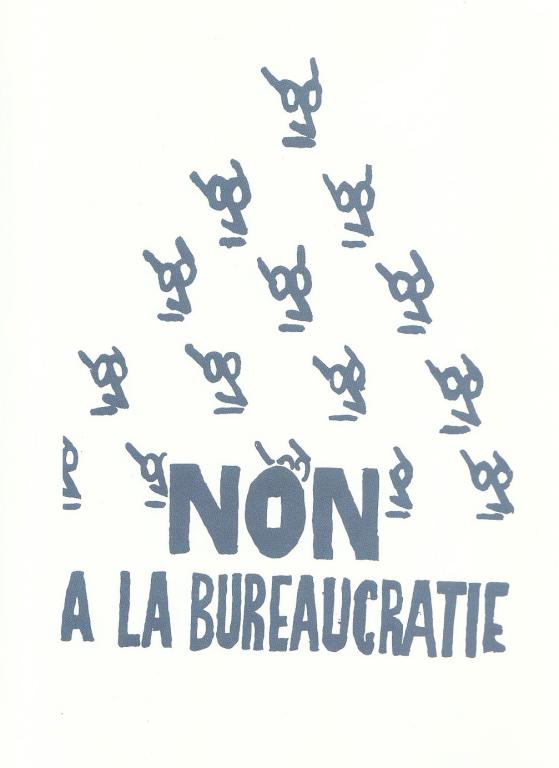 As a result of the 1968 revolt, decent revolutionary organisations sprung up in west-London’s working class areas, such as Big Flame and Solidarity. At the time, the more general political scene was dominated by dogmatic and opportunistic political dinosaurs like the Communist Party or the Labour party.

We are excited to have found some copies of Solidarity’s west-London newspaper from 1969 and 1970. We share some basic ideas with Solidarity: the need for both workers’ self-organisation and political organisation for revolution. Even though the layout and design of our newspaper is way better (!), unlike us, Solidarity managed to form a UK-wide organisation with strong international links – even though it died with the cycle of struggles in the 1970s.

We’ve selected some reports on two strikes in 1968 and 1969. These were strikes fought by mainly Asian and Caribbean migrant workers. There were solidarity actions by local ‘British’ workers…

If you go anywhere near Tilbury, you can’t help but notice the massive Amazon warehouse that stretches along the north west edge of the town. From the outside, it looks to be a state of the art facility offering halfway decent employment opportunities. The reality is very different as Matthew Young writes in the Mirror: Amazon warehouse staff ‘treated like slaves with 10-hour shifts and short breaks’.

Young’s report deserves to be read closely as it shows that when it comes to workers rights, we’re heading backwards. To be honest, his report comes as no real surprise… This is the brutal reality of employment in 21st century Britain – short term contracts, little or no job security, the constant threat of the sack if you don’t meet increasingly demanding and harder to fulfil targets. With a proportion of ‘underperforming’ workers set to be sacked and replaced by those even more…

Updated events listings for the next few weeks:

Prisoners in South Carolina have made a call for international solidarity against the horrific conditions they face, with some prisons having spent around two years in “lockdown” conditions, including the installation of metal plates over windows to block out all natural light, which are leading to a huge spike in the suicide rate. Following in the footsteps of Eddie Cochrane and PJ Harvey, they have specifically asked that their appeal should be brought to the attention of the United Nations. As part of a co-ordinated international action, people in London will be meeting to help deliver and amplify their demands at Vauxhall Gardens at 9am on Wednesday 23rd.

You can learn much more about the situation in South Carolina by listening to this audio interview with a member of Blue Ridge Anarchist Black Cross, which also suggests:

The revolution in Northeast Syria will prevail, fascism will be smashed! 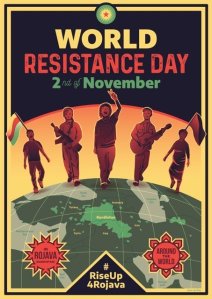 At 4pm on October 9th, the Turkish occupation army and its Islamist allies began their long-prepared war of aggression against the liberated areas of northern Syria.

At four o’clock sharp in the afternoon, bombs rained down on people in towns and villages on the border. Jihadist militias began their advance under the leadership of the Turkish army and tried to penetrate into the border area. Turkey is talking about a “military operation” aimed at “securing the border” and establishing a so-called “peace corridor”, but the fact is that the Turkish army and the Islamist mercenaries under its command are concerned with nothing less than the occupation of the mostly Kurdish populated entire area along the Turkish-Syrian border. The regime in Ankara speaks of the “fight against terrorism” and emphasizes that their war of aggression is not about the war on the civilian population, but indiscriminate bombing of civilian settlements, looting and mass deportations of hundreds of thousands of people, arbitrary executions and the brutal abduction of hundreds of civilians speak a different language. The further the war against northern Syria progresses, the more it becomes clear, what Erdogan is really about, namely ethnic cleansing through the violent expulsion of millions of people and the long-term demographic change of the entire region.

In the north of Syria, in the shadow of the Syrian civil war, a revolutionary and democratic social project has thrived in the past seven years

The following case reveals the strategical potential of solidarity networks: to create links between individual proletarians in structurally weak positions and the world of workers’ power in big workplaces.

A friend of a Punjabi guy who we had previously supported against his boss, got in touch with us. He is also a Punjabi truck driver. He had worked as a yard labourer at a local building supply merchant for a year. The boss is also Punjabi. There are around 20 people employed by the company, most of them work on part-time contracts, while working over 50 hours a week. The boss pays the overtime in cash. When our worker friend left the job the boss withheld 11 days holiday pay, saying that, due to the part-time nature of employment, he was not entitled to the money. We spoke to the boss and he acknowledged verbally that our friend had actually…

The Spirit of Mother Jones Festival

The Cork Mother Jones Committee has announced that the 2020 Spirit of Mother Jones Festival and Summer School will take place in and around Shandon over four days from Wednesday 29th July to Saturday 1st August 2020.
It will again feature talks, discussions, films, songs, stories and music associated with the “Spirit of Mother Jones”.
These will relate to labour and trade union matters, the history and heritage of the lives and contributions of working people, along with social justice, environmental and human rights issues.
The Committee welcomes relevant, interesting and challenging ideas, proposals and suggestions for topics or events for the 2020 festival and summer school from the public. Please forward outline details as soon as possible to motherjonescork@gmail.com for consideration.

Rounding up a few recent developments:

In workplace news, one of the big stories is that Royal Mail staff organised through the CWU voted to strike against the running down of the service by 97%, on an amazing turnout of over 75%. Lefty mag Tribune have more analysis of what the dispute means here. The CWU has also seen a number of fierce local disputes in recent years, such as in Merseyside, where members walked out on a spontaneous wildcat strike against a racist comment from a manager earlier this month.

Grassroots union United Voices of the World is also stepping up preparations for strikes across a number of different sites in London, including three different universities. You can donate to their strike fund here. Donations are also requested to support Bromley library staff, who’ve been out on all-out strike action since June fighting to…