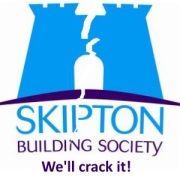 This afternoon five of us picketed Skipton Building society Bournemouth branch in solidarity with Brighton Solidarity Federation’s Housing Union, as part of the continuing  campaign to obtain compensation for tenants rendered homeless by Fox & Sons in Brighton Kemptown.

Fox & Sons is part of the Connell’s group which owns dozens of similar companies and reported pre-tax profits of £28.9 million in the first six months of 2018. It’s ultimately owned by the Skipton Building society so the campaign is being escalated to their branches and subsidiaries.

Landlord drops Fox & Sons after single picket, whilst our campaign escalates to Jade Software in Australia

As usual we received support from passers-by, the workers at Skipton’s didn’t actually know the company owned  Fox & Sons, they were friendly and even brought us some coffee!