The government is seeking views on whether shale gas companies should be required to consult local people before they formally submit plans for an area.

This was written by a Dundee Wobbly (in personal capacity) on 24th October – the second day of the Glasgow women’s equal pay strike. 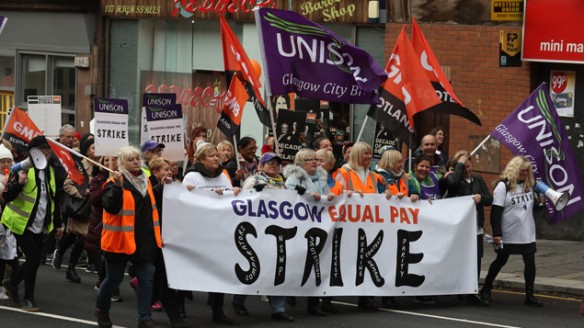 There are 8,000 women on strike in Glasgow today demanding equal pay. They are spread across three trade unions, each of whose balloted members provided a support rate of between 90% and 98%. The dispute stretches back to 2006, when Glasgow City Council – led by a Labour administration – made a purported attempt to eliminate gender pay inequality by introducing a “Workforce Pay and Benefits Review”. However, the resulting changes actually discriminated against women workers, given that:

Self-defence against bosses, migration police, racist scumbags and other enemies of the working-class doesn’t fall from the sky. Weekly drop-ins and individual support are first necessary steps – and they can be laborious. If you live in London and want to get involved in our west-London solidarity network or want to set up your own network, please get in touch.

We have written a longer article about the general aims of the network and our experiences so far which can be found here:

The following article is an update about stuff we did during the last six months. It is also written on the background of our West-London IWW workplace organising campaign that took place in winter 2017/2018. This effort slightly overstretched external supporters who had to travel to the western suburbs from remote places of London. In order to sustain a longer campaign we need a…

One of the arguments made by trans-exclusionary feminists that can sound convincing, at least at first, concerns the question of gender essentialism: after all, if the categories of “man” and “woman” as we understand them are social constructs imposed by patriarchy, then how can we say that trans women are women or trans men are men, when really no one is “naturally” a woman or a man?

Once we start paying attention to things that trans people actually say, rather than just the things that trans-exclusionary feminists attribute to them, the picture becomes more complicated, as it turns out that it’s totally possible for people to advocate for trans acceptance while also arguing against gender essentialism. Still, the question of how we can make life more comfortable for people having to navigate the categories imposed by patriarchy, while also critiquing those categories themselves and fighting against any attempt to…

Piracy by the Mayor Of London

What if we told you that Sadiq Khan, the elected Mayor Of London, has been willfully abusing his power in public office by illegally evicting a legitimate company from its premises, illegally taking over its businesses, administration office, plant machinery and equipment, and hijacking a marina and boatyard, only to hand it all over to the Royal Docks Management Authority (RoDMA), one of his Mayoral/GLA-funded companies – stealing all the company’s contracted clients in the process? You’d naturally assume that this is a made up story, right? As a matter of fact, this actually happened at 10.49am on 9 October 2018 to a family run business in East London: Gallions Point Marina Ltd, when the GLA, controlled by the Mayor Of London, ordered an eviction without giving any notice… 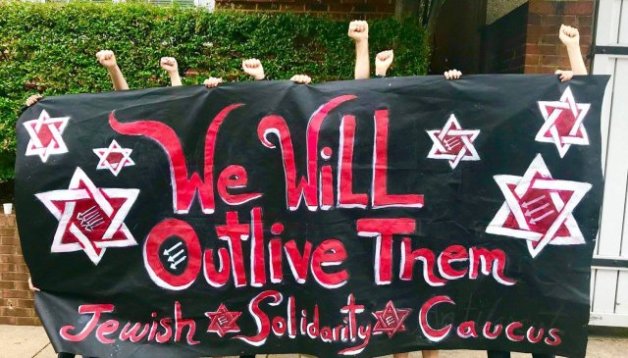 The following call is one I’d seen a week or so ago, and had been meaning to write something about, but obviously recent events have rendered it far more urgent than ever.

A quick note on the UK context: while, in the US, the ruling party is more-or-less openly entwined with antisemitic bigots, here we face a different set of circumstances, where the ideology of the ruling faction is a grimly cynical “anti-anti-semitism” or “philosemitism” – the ideology of those who rush to attack Holocaust survivors who make unhelpful comparisons, while seemingly willing to turn a blind eye to, for instance, UKIP’s courting of Mark “gas the jews” Meechan.

This cynicism of the right and centre has produced and equally one-sided reflection in parts of the left, where suspicion of the media and the desire to defend left projects leads some people to automatically…

On Sunday 28th October four Dorset branch members attended a rally in Bournemouth square to show solidarity with trans/intersex comrades in the USA, who are now threatened with highly repressive legislation, that if passed would set them back half a century at least. The category of gender would be replaced by a legal definition of ‘sex’ to be determined by a physical examination of external genitalia at the moment of birth, disputes to be settled by ‘genetic testing’.

This is not only bad politics it’s crank science, promoted by ignorant fundamentalists who don’t even believe in evolution or climate change. Nevertheless it’s already drawn approval from the far-right and TERFs on this side of the Atlantic. It’s got to be worth a fight, hasn’t it?

The event was hastily arranged on face book. We were glad to be part of a good-natured gathering of Working Class trans-,cis-, non-binary and gender-nonconforming individuals. We recognised none of the stereotypes being pushed by the reactionary journalists and pundits, nor did we see any evidence of suspicious funding sources or middle-class entitlement. The only aggression displayed was a heckle from a self-parodying religious fanatic. We are content to let them pursue their mediaeval dogma unmolested; some of the demonstrators expressed religious beliefs and affiliations of their own.

The IWW is One Big Union for All Workers – join us! 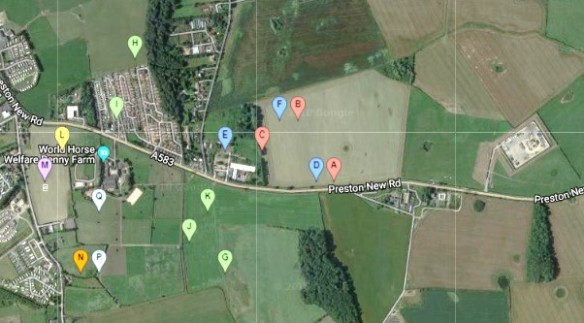 Location of earth tremors linked to fracking at Cuadrilla’s shale gas site to 26 October 2018. The most recent events are marked in red. Source: Google Imagery (c) 2018

A 0.8 magnitude earth tremor was recorded today near Cuadrilla’s fracking site at Preston New Road on the edge of Blackpool.

This guide is also available as a print-yourself booklet (Solidarity-Networks-print) and is free to copy, share, and modify in either form.

Men brandishing assault rifles surround a building full of Black people. Groups of white men wearing biker’s jackets bearing racist emblems roam the streets and make ‘visits’ to Mosques looking for signs of religious extremism. A right-wing media figure shows up to a protest, his pockets full of ammo rounds, and aims a gun at unarmed women and children. Refugees from economic collapse and brutal wars flood across borders, risking drowning or getting smashed by trains and trucks to sneak through tunnels or over oceans.

None of these events take place in an imaginary future. This is our present world, one where all the illusions of peace, prosperity, and “civilization” are melting away. And this has always been the existence of the poor, of People of…

Fellow Workers! Stand by our trans and intersex comrades in the U.S.A. An injury to one is an injury to all. 13:00 hrs Bournemouth Square (remember to put your clock back).

Donald Trump really doesn’t want you to do this, he’s counting on you not giving a shit. 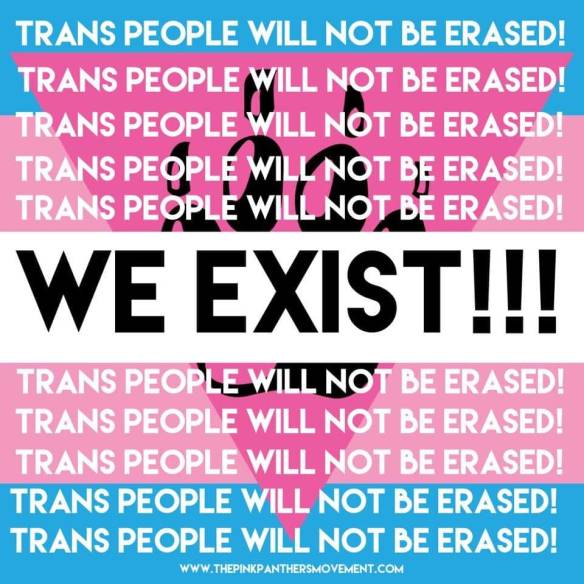 From the organisers: “This is a gathering in solidarity with our trans and intersex family in the States dealing with the potential disgusting changes to the US definition of gender and sex.

The Trump administration wants to remove the word ‘gender’ from two key laws and replace it with ‘sex’, specifically they want to ‘define sex as either male or female, unchangeable, and determined by the genitals that a person is born with’, which goes against scientific and medical evidence from the AMA and APA.

This would remove protection from discrimination in the workplace, in schools, housing and healthcare to name a few.

Combine this with the recent changes to passport gender markers (to ‘sex marker’) and the resulting difficulty trans people have faced in accessing a passport, and you can form your own conclusions.

We gather in solidarity with our trans family, and our intersex family, to show that we #WontBeErased and #weseeyou“