Statement regarding the ongoing Nationwide Prison Strike. Issued August 28, 2018 (week two of the strike) by the Prison Strike Media Team.

via Prison Strike Statement to the Press, August 28, 2018 — Enough is Enough!

Statement about a solidarity action in Sydney during the annual week of solidarity with anarchist prisoners.

via #Sydney: Solidarity with Anarchists in #Yogyakarta — Enough is Enough!

Oliver was an athletic, handsome, mild mannered 18 year old, who had never been involved in any altercations, living happily with his family and was about to start a BTEC at a National Star college.

He was much loved by his family and friends and had travelled the world.

His only crime was to catch meningitis as a baby and develop mild autism and epilepsy.

The result of an appalling catalogue of NHS arrogance, illegality, incompetence and their staggering inability to see their own medications were causing his problems and could kill him.

Yet there has been no enquiry, Coroner’s condemnation, nor anyone blamed.

The coroner concluded the antipsychotic drug that killed Oliver had been properly prescribed, regardless of lack of consent.

Here are the details of Oliver’s treatment by the NHS.
In October last year, Oliver was…

In the United States, a practically unprecedented prison strike is underway, setting new precedents for coordination between struggles in prisons and detention centers and for solidarity from those not behind bars. Meanwhile, August 23-30 is also the sixth annual week of global solidarity with anarchist prisoners, when anarchists around the world coordinate solidarity struggles between different countries and continents. We strongly believe that every prisoner is a political prisoner, and that the best way to support anarchist prisoners is to build a movement against the prison-industrial complex itself. At the same time, the week of global solidarity is an excellent opportunity to get context from our comrades in other parts of the world about the different strategies of repression that various governments are employing today and how to counter them.

In the following text, we’ll explore contemporary patterns of repression targeting anarchists around the world and some of…

Whatever happened to ‘dignity, fairness and respect’? Yes, it is legal for councils to refuse Discretionary Housing Payments on the grounds that people can use their disability benefit to pay the rent – these payments are, after all, discretionary – but that doesn’t make it right. We were shocked to learn that this is happening in Dundee – especially as the council has generally been good at helping and advising people on benefits – and have written the following letter to the council leader, with copies to our two MSPs. Please tell us if you know of other councils that are demonstrating a similar lack of basic empathy.

We are writing because we were recently informed that the council regularly takes account of DLA/PIP income when deciding whether to award Discretionary Housing Payments. We realise that DWP Guidance allows care/daily living payments to be considered ‘on a case by case… 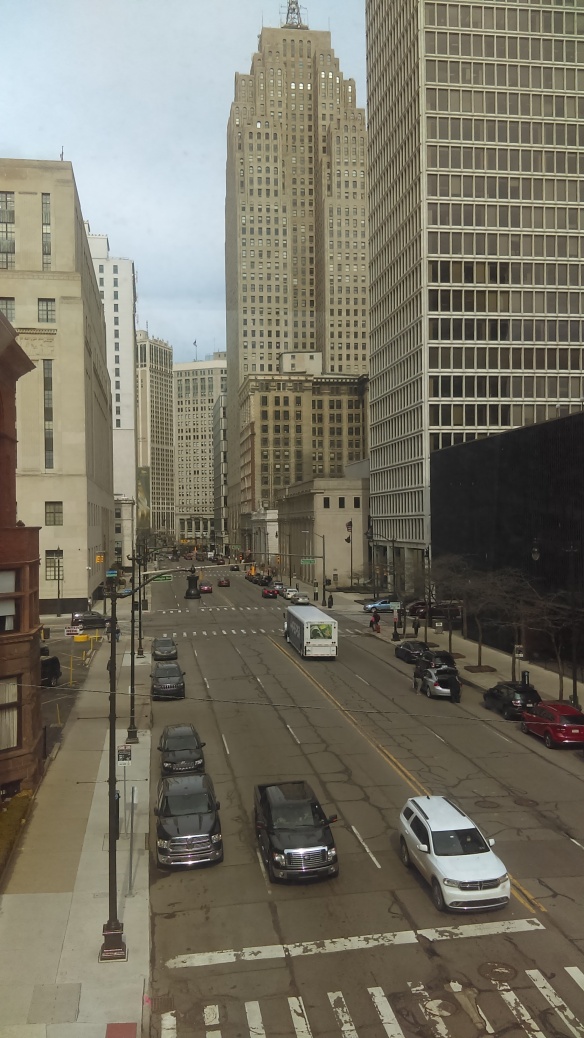 In 2017 AngryWorkers organised a series of events about what’s going on politically in the USA. We spoke to comrades involved in grassroots activities to try and get a sense of what’s happening on the ground. What’s actually going on behind a lot of the headlines and rhetorical bluster that is often generated by the Left and the press more largely?

Some reports of these events can be found here:

But we also wanted to visit America and so when the chance arose to go to the labornotes conference in Chicago we decided to combine this with a little tour to meet various people and get a sense of the atmosphere post-Trump. This is a short report of our scattered impressions of this 3-week trip in April 2018.

Firstly, the labornotes conference itself. It was huge! Around 3000 people were said to have attended the event, which brings together…

Join us for a call blast against repressive prisons! From 2-4pm EST groups in New York, Albuquerque, Humboldt and San Bernadino will be barraging prisoncrats with calls! Join us and call in where ever you are. Make some calls and post in this event page about the results! You can also call any time from 9am to 5pm if necessary.

We’ll be announcing the phone numbers the day of the event on this page and on twitter.

We will be making calls about three situations:

Keith Malik Washington is a politicized prisoner in Texas who is facing horrendous repression. As an outspoken and courageous voice for human dignity he has been recently targeted with harassment and mistreatment in new and cruel ways. In the new facility his cell regularly rises to 115 degrees, his mail is being destroyed, and he has to endure new heightened levels of…

Newham housing department decided that a disabled mother of two made herself ‘intentionally homeless’ after she missed a housing appointment due to emergency hospitalisation – now the council and social services are trying to move this brave family out of London all the way to Bradford in the North of England!

Focus E15 campaign was approached by this family at our street stall in Stratford and is featuring her story on our blog post below – as one of the many examples of enforced social cleansing that we hear about. Please read on to understand the battle people are facing to be housed adequately in their communities.

A resident tells her story to Focus E15 campaign

I am a disabled mother with two children, who has been living in temporary accommodation since 2008. In 2015 my family was moved into a room in a hostel by the Homelessness Unit. Here we…

As you have noticed, the Will Styles e-mail doesn’t work – like Will Styles. Try this one: closesupervisioncent@hmps.gsi.gov.uk and this one of Richard Vince, the Executive Director of Long Term and High Security Prisons at the MoJ – richard.vince02@hmps.gsi.gov.uk

Kevan Thakrar is an IWW member and miscarriage of justice who has served over a decade in prison. He was moved to the Close Supervision Centre at HMP Whitemoor in Cambridgeshire in July and is now being subjected to an even more repressive regime, as well as targeted harassment from prison officers.

Kevan repeatedly challenges his conditions and captivity with complaints and legal challenges, many often against prisoner officers and members of the Prison Officers Association. In retaliation, the Prison Officers Association have been actively encouraging officers to try to get Kevan moved to a different prison. Staff have been trying provoke an incident after Kevan’s requests for them to wear body-worn cameras (for his own protection, following incidents of physical violence inflicted against Kevan in the past).

On Thursday 16th August, Kevan was put on an even more brutal regime. He is now locked up 23 hours a day. He has 30mins outside and 30mins to shower, make phone calls or do anything else he needs to do. When he is unlocked, everyone else in the CSC is locked in. This is creating animosity between the prisoners (a desired effect for the officers).

Kevan has requested to see the Governor and has so far been refused. His planned meeting with the prison’s Diversity Officer was also refused by the Governor.

Close Supervision Centres are designed to break human beings. Most people leave and enter psychiatric custody following what they are subjected to. Kirsty White, head of the CSC unit has told Kevan the reason for his restricted regime is that Kevan’s PTSD is being triggered and that he is clearly “distressed” because he is asking for body-worn cameras. Kevan developed PTSD after experiencing extreme racial, physical and sexual abuse at HMP Frankland in 2010.

Kevan has been fighting for his life as a miscarriage of justice for the past 11 years. Learn about his case. He has been kept in solitary confinement for over 8 years. You can read more about his experience in prison here.

What you can do

1. Please contact the Head Governor Will Styles at HMP Whitemoor:

3. Write to the MP of the area, Steve Barclay: http://stevebarclay.net/contact/

Write to Kevan! He needs your support and solidarity. Send letters to:

You can also use emailaprisoner.com